Well, here we are, in week #2 of the 12 Books of Christmas. What a wonderful response so far to this giveaway event! We're going to keep the momentum going this week by not one, but TWO winners!

Author Lena Nelson Dooley is giving away two different Christmas-themed books, each containing four novellas by four different authors. Lena has one novella included in each book. Leave a comment on this post to be automatically entered. The winners will be announced on Saturday morning. Good luck!

*Charlsey Ames can ride, rope, and work the ranch with the best of them. But things don't add up when she finds herself attracted to accountant Harold Miller III, a citified tenderfoot. Will he ever see the gentle woman beneath the coating of trail dust.

*Sharp-shooting Lucy Ames is thrilled to join Major Paulson's Wild West Show. But is she setting her sights too high when she begins falling for budding evangelist Gordon Paulson? Would she be better off aiming for a stable, widowed rancher?

*Although horse-trainer Sarah Ames is stunned when her pa hires the part-Mexican Carson Romero to take over her job at the ranch, she gradually becomes attracted to the drifter. But when cattle go missing, Carson seems the prime suspect Has Carson stolen Sarah's heart as well as some prime longhorns?

*An expert tracker, the plain Bessie Mae Ames resolves to spend her life taking care of her widowed father. That is until Texas Ranger Josef Mueller rides back into town, trailing a wanted man. Will the soon-to-be-smitten ranger find both he and his prey sweet on an unsuspecting Bessie Mae?

Will these cowgirls be tamed and live to celebrate Christmas romance?

*Wild West Christmas is on an Amazon Bestseller list.

Love Hits the Slopes at Christmastime

Four young women, fresh out of college, pursue their careers at a new ski lodge at Lake Tahoe's Incline Village during the winter season.

*Bethany Stillman's resolve to focus on her RN career falters when she meets paramedic Cole Beckman. Cole wonders how long it will be before Beth realizes he's to blame for crippling her grandfather. Can a Christmas miracle forge a path to love and forgiveness?

*Social director Scarlett McKaye loves planning things down to the last detail. But what she didn't count on was having to spurn the bold advances of a reckless suitor. How far will daredevil Derrick Greene go to cancel Scarlett's reservations?

*Stephanie St. John is determined to make a go of the time-share program at Snowbird Lodge. But Darrin Hart seems to be undermining her efforts, her confidence, and her reputation. Will misunderstanding be resolved, or will Stephanie succeed in business only to lose at love?

*A wounded-at-the-heart Michaela Christianssen has chosen a male-free existence. But her friends and an eleven-year-old girl have other ideas. Widower Jonas Bradley is content with his life as father and forest ranger, until he finds himself pining for Michaela. What will it take to fell her oppositions to romance?

Will these four women hear wedding bells chime this Christmas?

One of Lena's favorite Christmas memories:

When my husband and I had been married about five years, we were a young couple with two pre-school children, so money was tight. So I planned ahead for Christmas that year. I

saved every penny I could and hid it. We had a friend who worked at Sears in the power tool department. James had been good at building furniture when he was in school. I still have a piece he made then. So I decided he needed a power saw. Our friend helped me get it on sale. I was so proud of what I'd done. I wanted to surprise him and please him.

same time, unknown to me, he was doing the same thing. When we married, I had a collection of record albums, but neither one of us had anything to play them on. He started early in the year and saved every penny he could. Is this beginning to sound familiar? Well, he planned to please me with a stereo record player. He could hardly wait to surprise me when we opened presents. It turned out to be a sort of "Gift of the Magi" story, but both of us could use the gifts given to us, and we both enjoyed giving and receiving them.

Cook over medium heat, stirring until sugar is dissolved. Continue cooking, without stirring,
until 236 degrees on a candy thermometer.

Beat until the mixture begins to lose its gloss.

Stir in:
1/4 cup quartered candied cherries (I use both green and red)
1 cup chopped pecans 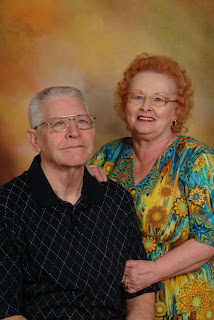 Lena Nelson Dooley is a multi-published, award-winning author who lives in Texas with her husband of 45 years. She has over 570,000 books in print. Besides serving as president of the local ACFW chapter, DFW Ready Writers, she has also hosted a critique group in her home for over 25 years. She speaks several times a year at women's groups, writing groups, and conferences.

Wild West Christmas and Christmas Love at Lake Tahoe are her most recent releases. Her next release will be Love Finds You in Golden, New Mexico, which will come out in May.


Visit Lena's website at LenaNelsonDooley.com and also check out her blog

**Contest disclaimer: Void where prohibited; open only to U.S. residents. Odds of winning depend on number of entrants. Only one book allowed per person throughout the duration of the event.
Posted by Lynda Lee Schab at 4:00 AM

Loved your favorite Christmas memory there Lena where both of you were saving for that very special present for each other. How sweet!

Both of your Christmas books sound great and would love to get entered in the drawing.

I would love to win these books! Please enter me. Thanks!
jackie.smith(at)dishmail(dot)net

I often visit Lena's blog. Thanks.

I loved the Christmas memory. Although, the mention of records made me laugh and feel nostalgic. I'm sure we'll laugh at stories of mp3 players and Ipods someday, maybe even nostalgic.

Great Christmas memory. When I initially found Christian fiction, I feasted on novella collections. Love that they still have these although I don't read them quite as regularly anymore.

What a lovely Christmas memory! I would love to read both of your Christmas books...they look like really good reads. Please enter me in your giveaway. Thank you!

Would love a chance to win these books. Please enter me.
desertrose5173 at gmail dot com

What a delightful memory to share and I'm sure you've many more! I would love to read the books!

Oh, please enter me! Your fudge sounds YUMMY, Lena, and easy too. I can't wait to try it out

I loved reading about Lena's Christmas memory and the fudge recipe sounds delicious. Would love to be entered in the drawing for these wonderful books. Thank you!

I hate to recuse myself from this drawing as I know both of these books would be wonderful reads, but since I won last week, I don't want to be hoggish either! But I'll be back to enter next week! And I loved the story of Lena's gift giving. I'm glad she didn't have to cut her beautiful hair to buy the gift!

A fun post! I love anything Christmas, so please enter me. The memories posted by Lena are so sweet--it's wonderful to have a marriage where both will sacrifice for their spouse. Thanks for sharing that special memory!

Both books look good. Please include me in this giveaway!

What a fun post. Christmas is around the corner and I'm ready to get in the mood. Please enter me in the Christmas giveaway. I loved your story about the christmas gifts!
Deborah M.
debbiejeanm[at]gmail[dot]com

The books sound very enjoyable to read, and I appreciate the chance to enter the drawing. Thanks for sharing the Christmas memory and recipe, Lena!
Connie
conarnold(at)gmail(dot)com

I love Christmasy books and I love fudge! Thanks for both! I would love to enter the drawing. Thanks!